“Adventure’s out there!” – Ellie Frederickson, from the movie Up

Morning… This is what we woke to. The unfiltered, untouched, beauty of a new day. I knew the mornings would be glorious, I just didn’t realize how much.

We spent a lazy morning drinking coffee, lounging on the lanai, with just a little technology thrown in there for good measure (someone needed to do some work and someone else needed to catch up on their blog posts:)

I finally got Mike off the computer and we all headed out to the rocks for our first foray into the Wai ‘opea Tide Pools directly in front of our house. I was warned that one has to be careful out there. They weren’t kidding. It’s hard to see so many people, of all shapes, sizes, ages and abilities navigate the rocks so easily. Then we tried to get out there as a family. Its not easy, it’s intense! Those rocks are not all that forgiving if you fall, and there is no set trail, no path, no convenient ladder to climb up or down as you enter into into any one of the dozens of pools.

Casey lasted 3.6 seconds in the water (after 20 minutes of careful stepping over jagged lava) before she cut her leg on a piece of lava that jutted out too high in a shallow pool. She was immediately done and I wasn’t going to force her to stay in – I was nervous anyway about getting her back to the house without further injury.

She and I returned home, cleaned her small wound, captured a picture for posterity and spent the next hour talking and enjoying the hot tub. It was actually lovely. We discussed important topics like favorite movies (Trolls), favorite restaurants that we missed in Dallas (Torchy’s and Chick-Fil-a), and other things we liked about our home state (going to the movies) and this one (beaches.)

When Dan returned, I went back out to give it another try with Mike. This time he took me farther out to one of the deeper and more distant pools. I put my snorkel gear on and gently pushed myself out into the deeper water. Let me just say… it was all worth it! The snorkeling in this tide pool was the best I have ever seen, hands down. Worth the fear and the sore feet and the minor scrapes. Worth it all! The different types of coral, the variety of delicate and vibrant fish, the rainbow of colors; it was all there! 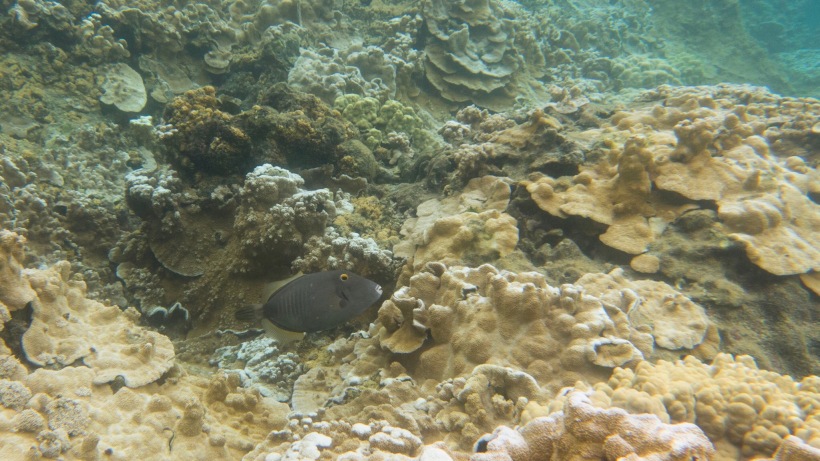 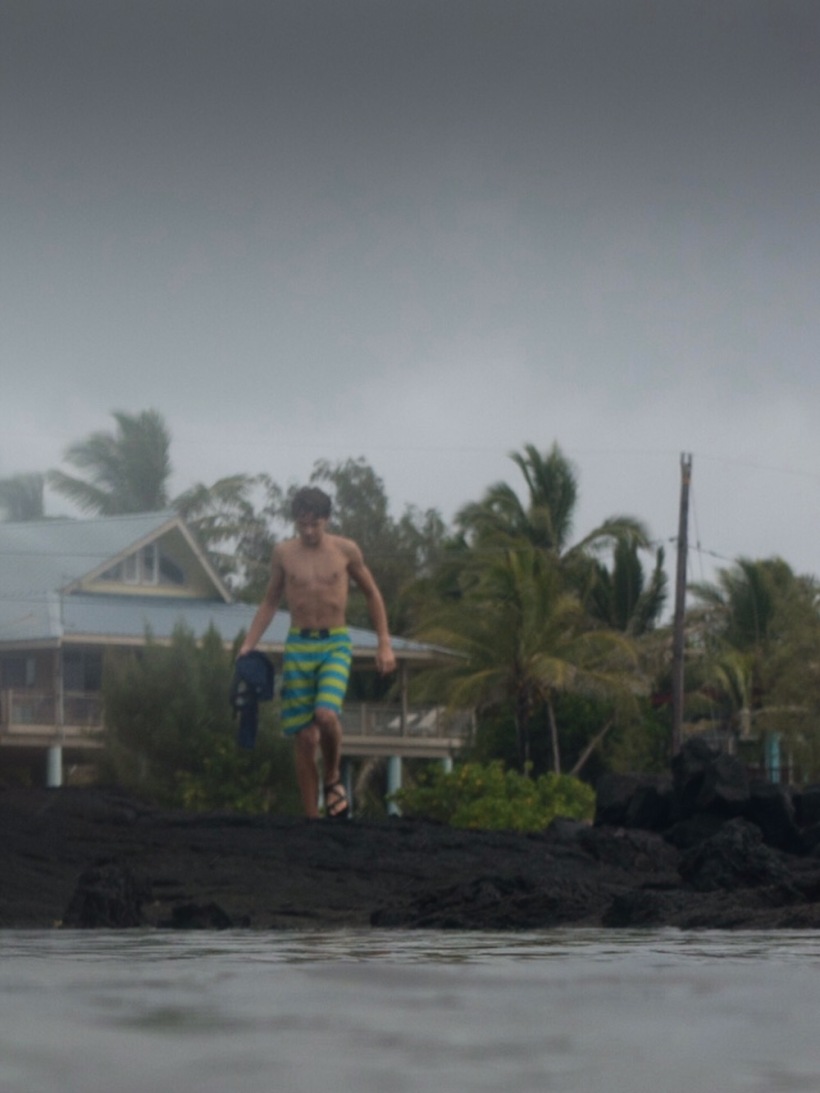 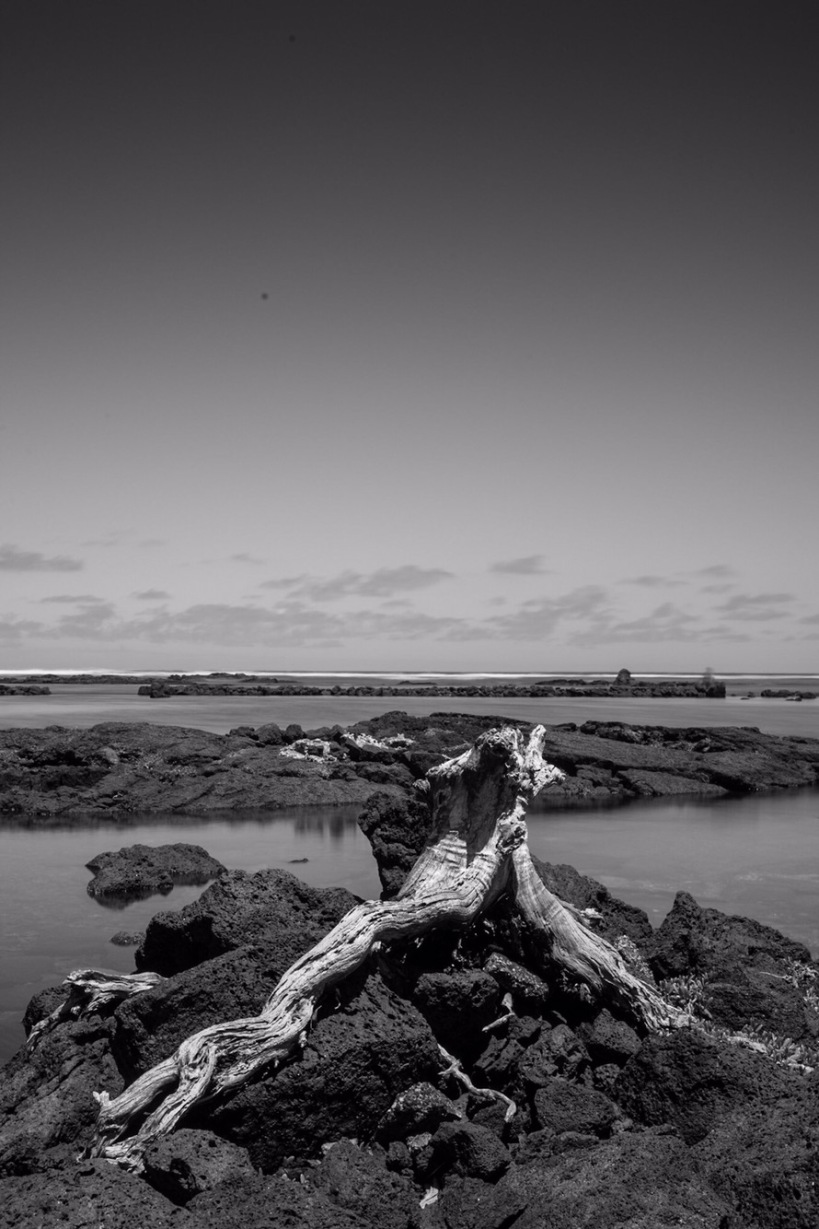 We made grilled cheeses for lunch and lounged some more before venturing out one more time. The tide was coming in now and a lot more of that black lava was now under water. I thought that might be easier. It was not. Those rocks can get slippery. We finally approached one of the good pools and floated for 10 minutes or so, taking in the beauty.

I started to think about how much Dan loves to snorkel – he always has. In fact, he was about 4 years old (had never seen or heard of snorkeling) when he was hanging out one weekend at home in Dallas and suddenly announced, “Mom, I’m going to need two steel pipes and some waterproof material.” Mike and I both heard him and immediately were taken aback by the question. We were laughing so hard (on the inside of course) that neither of us thought to ask him “Why?”

Ten years later, he remembered aloud asking for those peculiar supplies. We finally thought to ask him why he had wanted them in the first place. We had no idea he was trying to make a “snorkel,” he just had never seen a snorkel before and thought he might be able to invent a breathing device so that one could breathe under water. He was so disappointed he said, when he realized that someone had already invented this swimming device. We still laugh at his question but we’re super impressed that he had thought of that at such a young age.

This happy thought ended quickly though. I started to feel the strength of the tide pulling me in toward some of the high lava rock. For some reason, I started to freak out a bit about getting back to safety, and I immediately wanted to get out.

I made it back to the house with no visible injuries and this time, Dan traded places with me again. He and Mike enjoyed some more snorkeling but came in soon because that tide was strong. In fact, the road flooded again this afternoon. But we all left the neighborhood in time to stay away for the highest part of the tide.

We drove 2 miles east to this disappointing-looking lighthouse. Cape Kumuhaki is the easternmost part of Hawaii (and would be of the US except for some Alaskan islands) and contains the most “virgin” air possible. I’ve wanted to check out this spot for years so was glad to see it and smell it. 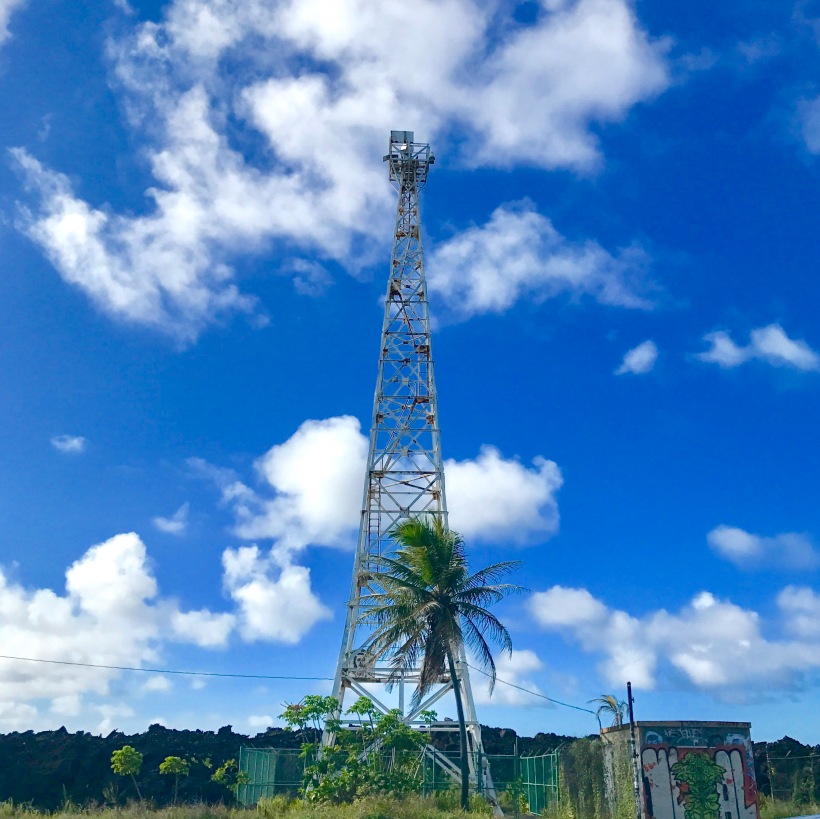 We saw the Lava Tree Forest and a cute BnB but were pretty hungry so we never actually stopped. We ate in Pahoa, known as the Wild West of the Hawaiian Islands for its off-the-grid and whatever-goes culture. Kaleo’s was really good! Clearly a local favorite.

Heading to bed now so that I’m fresh and ready for our bike trip to see hot glowing lava at the crack of dawn. In other words, it will be just another day on the Big Island!

Like Ellie said, “Adventure IS out there!” In fact, it’s out HERE!