Day 5 Family Photo – tried to capture the sunset at Hanalei but missed it.  That’s ok.  We had fun trying to chase it.

Today was a day that has been planned for over 6 months.  For Christmas last year, I bought Michael a private photo tour of the island.  Five hours of walking and hiking around the island taking lots of pictures alongside a professional; right up Mike’s alley.  I have ‘invited’ him to ‘guest blog’ (hehe – that sounds so funny) about his experience from today so look for that in the next few days.  In the meantime, here are just a few of the images he caught today.

Dan was able to join him today and get his own pictures as well.  He is less enthusiastic about sharing his thoughts but I have left an invitation to him out there as well so we will see.

After Casey and I dropped them off in Kapa’a at 9:30 am to start their tour, us girls were on our own.

When I was in my teens and early twenties, my parents took us on a few wonderful vacations, my most favorite being a trip through Rome, Paris and London. My dad would get a little excited to see something in particular while walking around the beautiful cities but not necessarily make it a point to find the best and fastest way to get there.  My two younger sisters and I would complain about all the walking, so my mom started calling these outings ‘death marches’.

Well, let it be known that I have continued to carry on the tradition today with Casey, albeit it was in a car.  Two and half hours after dropping off the boys, we had driven only about 30 miles total, because I was determined to stop and enjoy every little possible picturesque site on the way back to the condo. Honestly, because Casey was able to sit up front and act as DJ, spinning hits like Taylor Swift and Katy Perry, she was pretty content most of the time and even got out of the car with me on a few occasions.  However, by noon, I think I had pushed her a bit too hard. We had a little mother/daughter back-and-forth (what would a family vacation be without a little argument) at the Kileaua Lighthouse before we hugged and made up, both a bit hangry at this point. 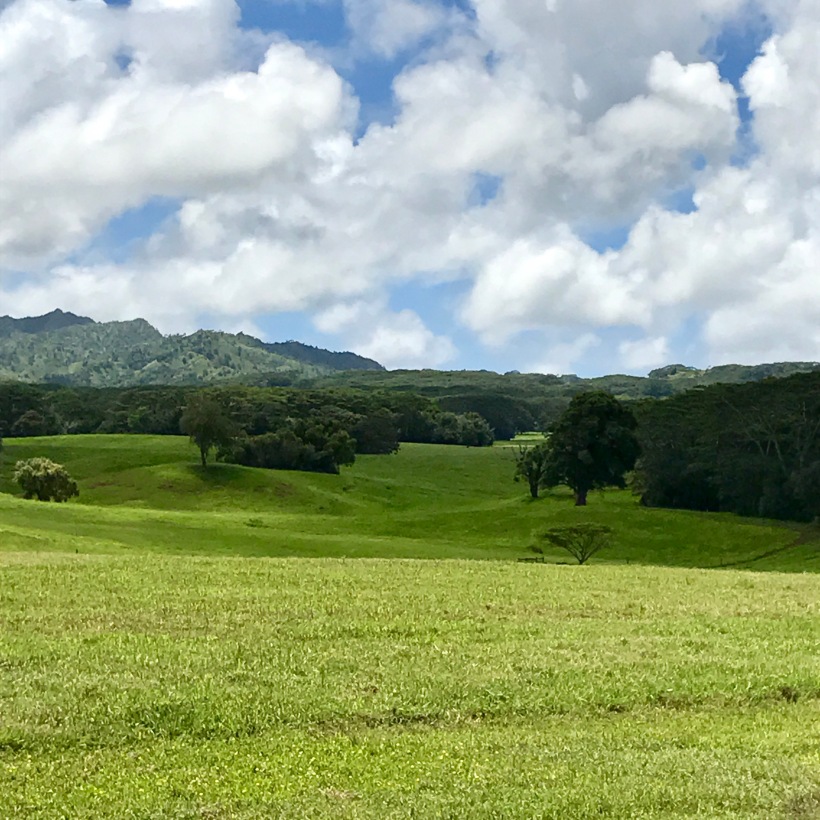 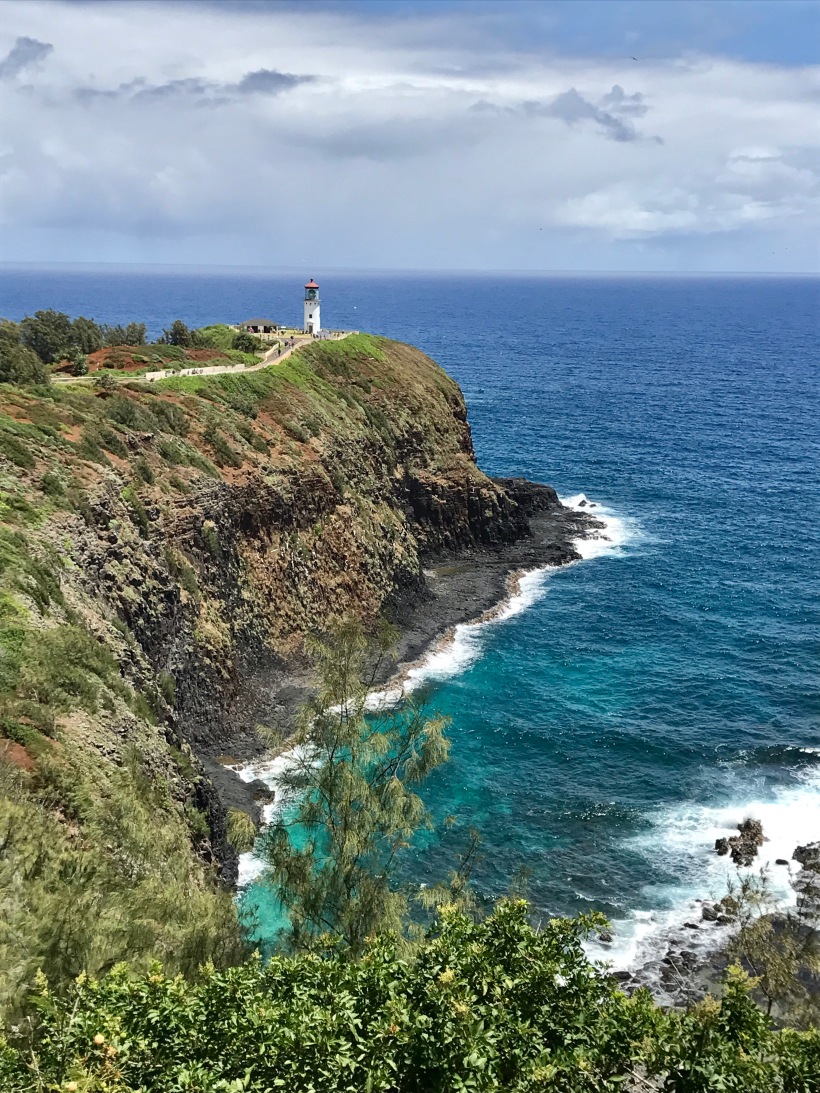 Kileaua Lighthouse, built in 1903 on the northern most point of the Hawaiian Islands 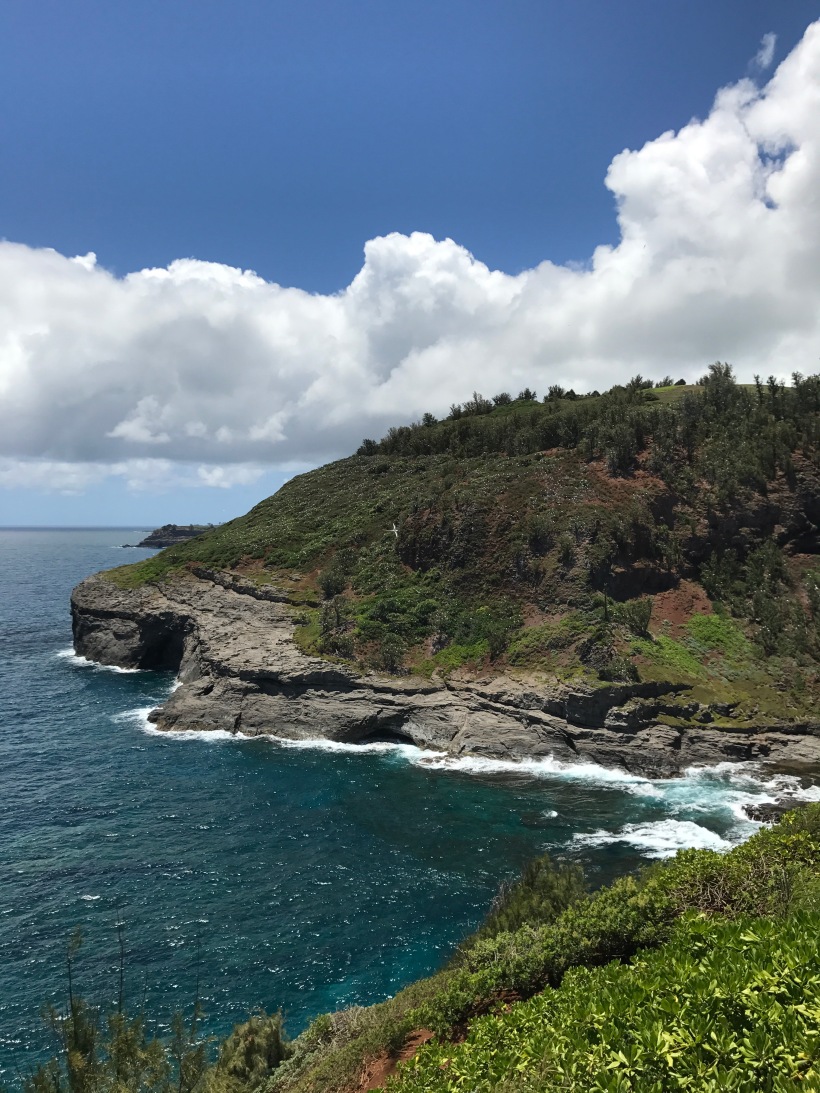 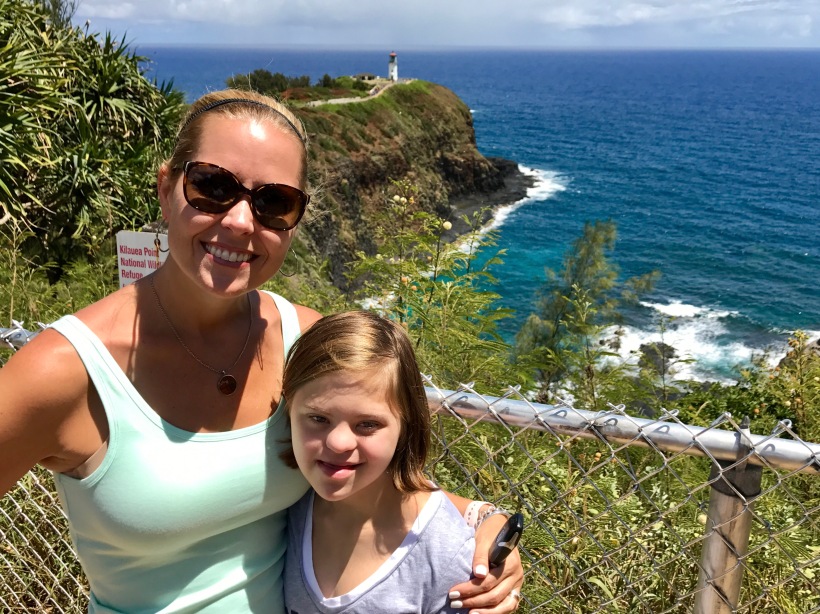 We stopped in town at a local bakery/cafe and had a wonderful lunch of pizza (for her) and salad (for me.) We both felt much better after that and were able to make one more stop at the local grocery to get some fresh items for dinner tonight.  In an effort to maintain our waistlines and our wallets during this long trip, we knew we were going to have to do some of our own cooking.  We have managed to eat all of our breakfasts in as well as a few of our lunches. Tonight we ate fresh salad greens grown right in Kileaua, locally made sourdough, good cheese and fresh local avocado (and of course more Kombucha!) We also tried to watch a movie after dinner but it is currently 9 pm local time and while the movie is still going as I type this, I am the only one left half listening. All three of my peeps are DONE.  Sound asleep around me.  I don’t mind actually.  I love knowing that they are all safe and sound, happy, content and close to me.  It is a gift that happens less and less as Dan gets older and more social. I need to appreciate these times when they happen.

Even though we were both pretty wiped out from the day’s adventures, Mike and I got inspired to make an impromptu visit to Queen’s Bath this afternoon before dinner.  We hiked a short but somewhat tricky path down past a waterfall and out over an expanse of black lava rock before finally coming to a warm saltwater pool carved out by nature. Luckily it was calm enough to swim in today; people have actually lost their lives here trying to swim while large waves flow in and out during high surf. 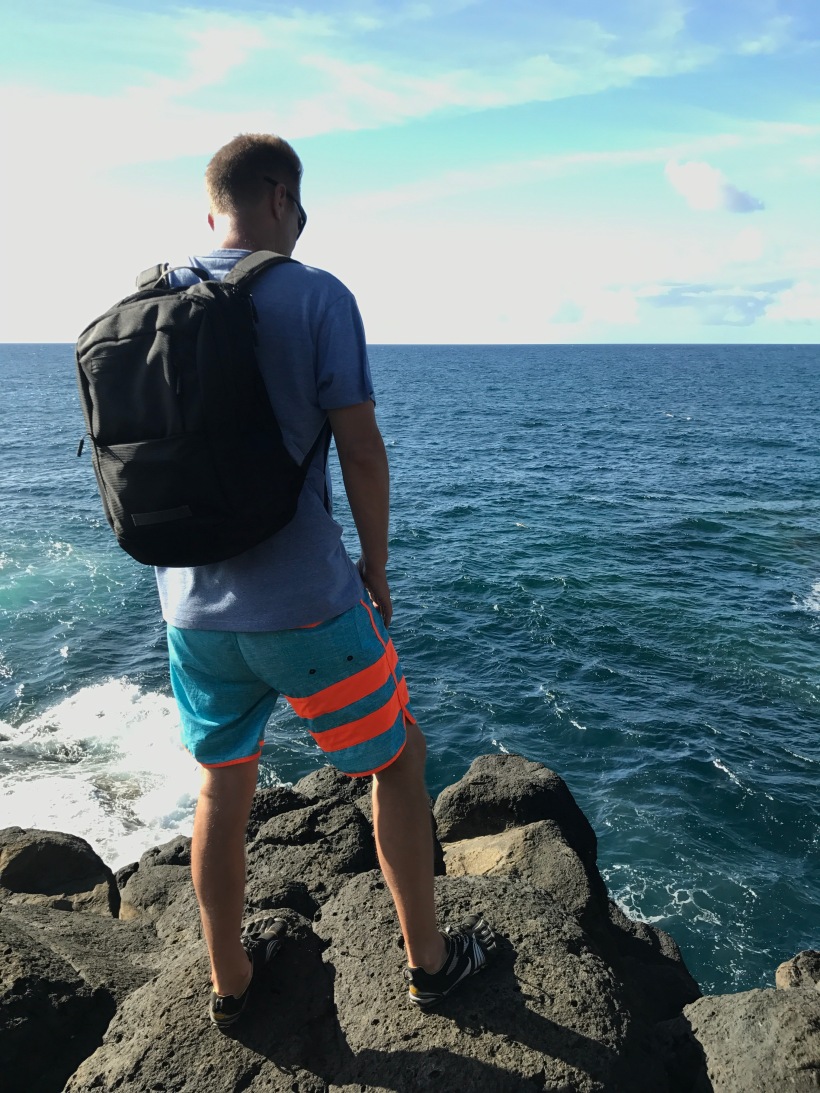 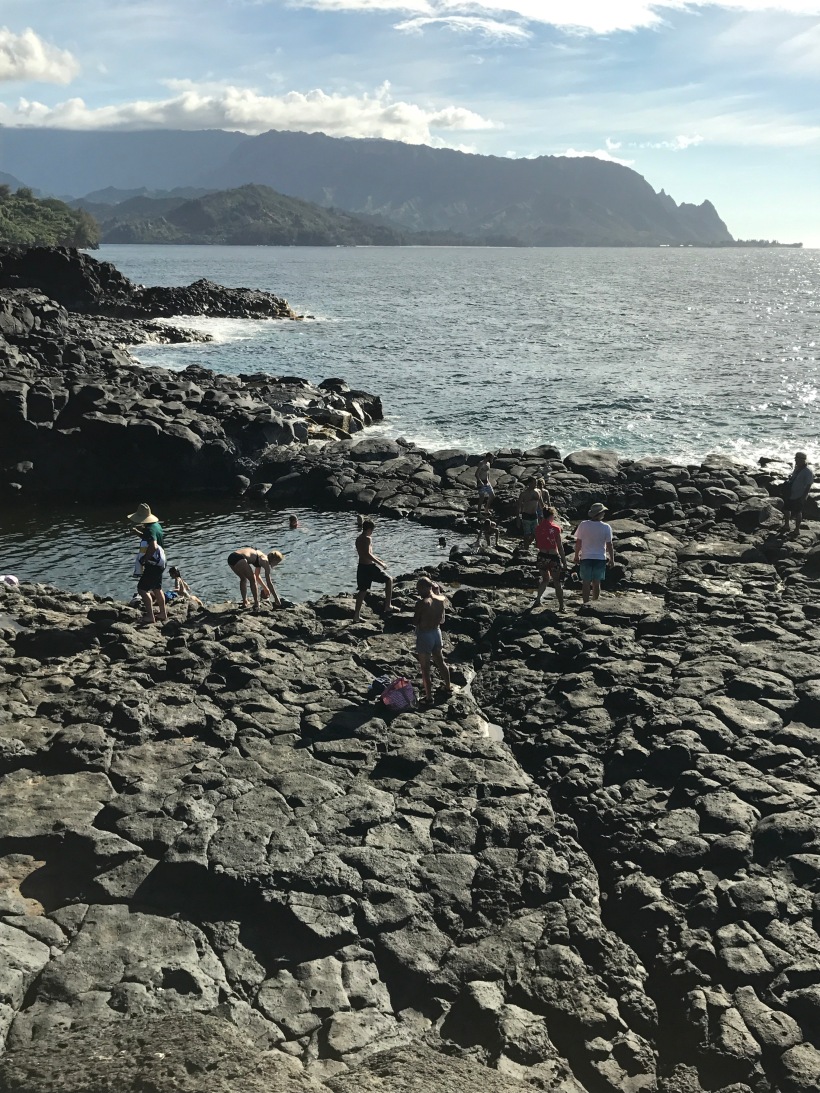 The guide book said this little natural pool was a gem; it was not wrong. For me, it was a highlight of this island so far.  Looking out over the lava shelf at the crashing waves below the pool, I spotted 3 HUGE sea turtles swimming around peacefully in the churning water. They were beautiful.

Tomorrow Dan and I head out on a helicopter to tour the 85% of the island that cannot be accessed by car.  We are so excited to see the gorgeous scenery that has been the backdrop for so many famous movies, including South Pacific, The Descendants, Jurassic Park, and many more.  I’m especially hoping to catch a glimpse of the famous ‘Fantasy Island’ waterfall from the beginning credits of the show.  I always wanted to go to Fantasy Island as a kid.  Who knew I would ever actually get here!?!